The Effect of Added Information on Probabilities

Suppose I deal two cards face down from an eight-card deck containing the four Aces and the four Kings. What is the probability that both cards are Aces? There are 28 possible hands and 6 of them have two Aces, so the answer is 6/28 = 0.21. This is illustrated in the 1st column of the table below.

Now suppose I deal two cards, look at them, and tell you that at least one is an Ace. What’s the probability I have 2 Aces? The 6 hands that just have Kings are no longer possible, so the answer is 6/22 = 0.27. This is shown in the 2nd column of the table.

The 28 possible hands are shown in the table. Green cells contain 2 Aces. Gray cells are not possible given the available information.

The image below shows the calculations for a 5 card hand dealt from a full deck. (Epstein, Richard, The Theory of Gambling and Statistical Logic) 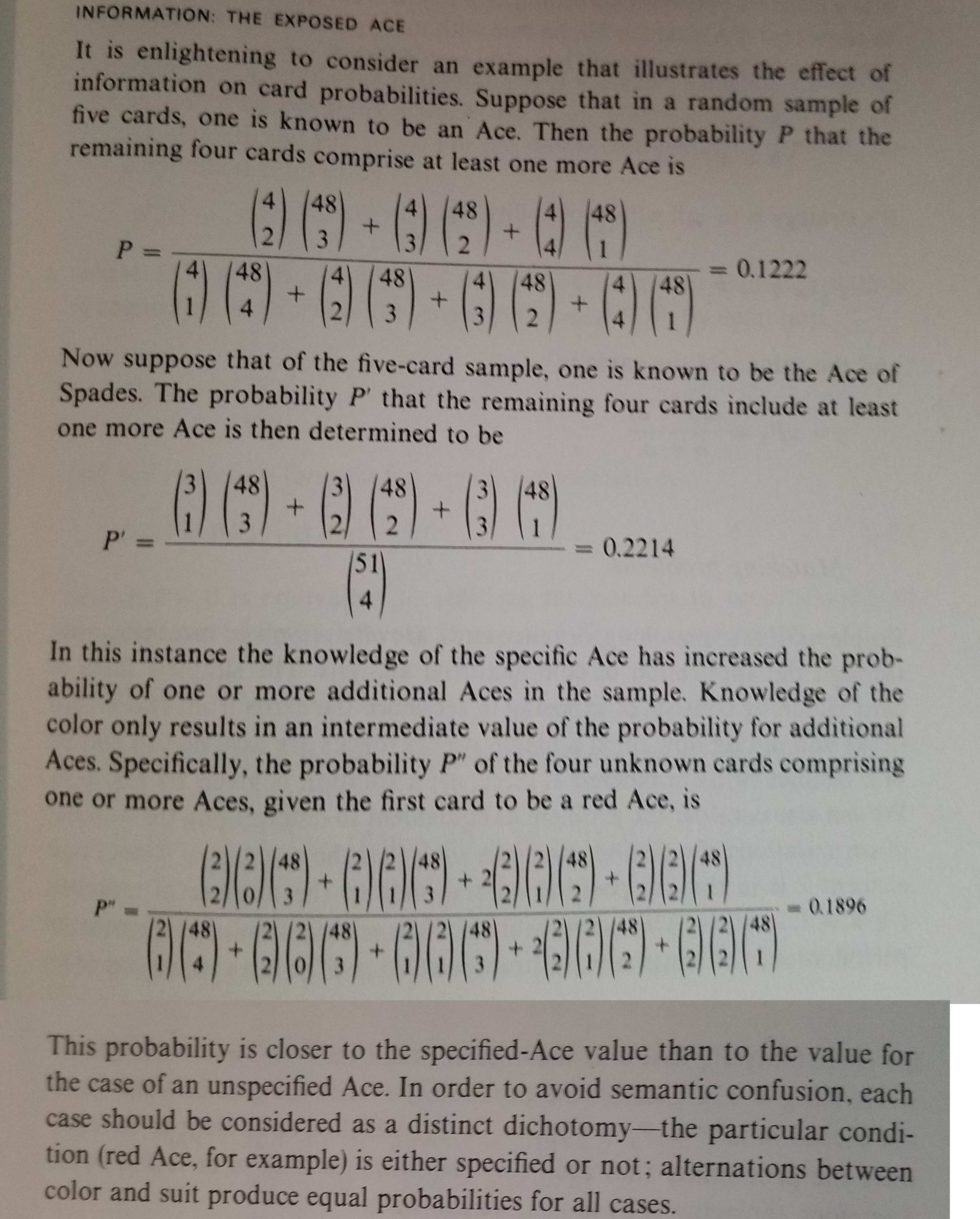